The stories involve several groups:
“Natural” humans from non-military backgrounds
Artificial humans who perform pre-described tasks, often in military settings. They have less freedom than the natural humans.
Workers from the poorest cities in the world who work in vast space stations, often for free in return for food and shelter. This is the new slavery.

ISF, the International Space Force, represents a fairly conservative force consisting of all three of the above groups. They have settled a lot of places in the solar system.

Allion is a risk-taking company run by two women from the Middle East. They were the first to go to Mars, and the first to build permanent settlements in space. Taking risks is part of their work ethic, because their workforce is highly motivated. The workers come from ignored and oppressed groups on Earth: brilliant students from developing countries, many of them women, and other people who were over-educated and under-employed.

There are novels in this world and a number of shorter works. The collection below contains other works as well as the ISF-Allion stories. 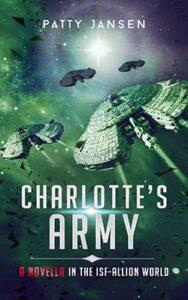 Charlotte's Army is a Novella in the ISF-Allion series An army of 7000 artificial soldiers accidentally received the same brain ...
About this book 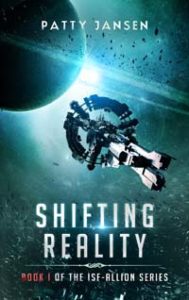 Shifting Reality is book 1 in the ISF-Allion series A few years ago, a military doctor walking the corridors of ...
About this book 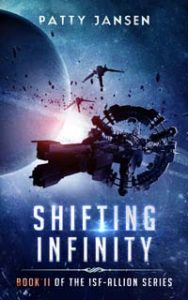 Shifting Infinity is book 2 in the ISF-Allion series Melati escaped New Jakarta space station when it fell into Allion's ...
About this book 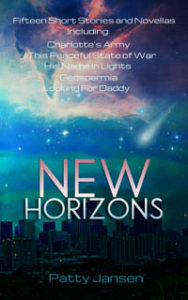 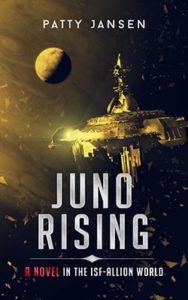 Juno Rising is a novel in the ISF-Allion series A prisoner, a secret he can't remember, and the military force ...
About this book