Juno Rising is a novel in the ISF-Allion series 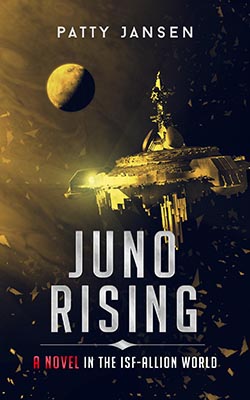 “Plenty of twists and turns and a few moments where my jaw was hanging open–thereviewers.com.au”

Buy Juno Rising direct from the author with delivery by Bookfunnel