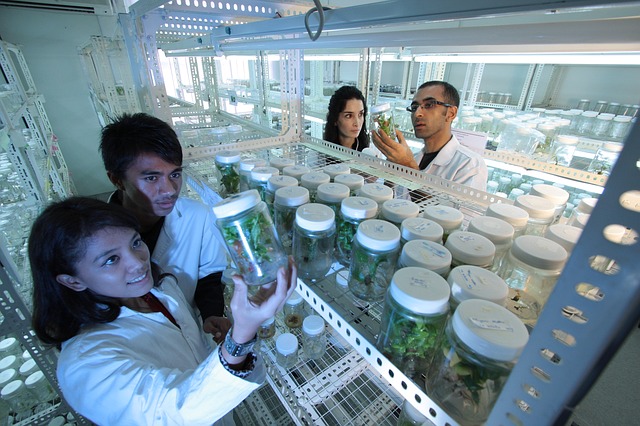 The lives of real scientists are quite different from the way they are often portrayed in fiction. If you’re looking for some reality, then here are a few pointers.

Some background info: I lived and worked with science types for many years. I married one (until he decided to go into IT). I studied science myself. I did my PhD in one of the University of Sydney’s less glamorous faculties (Agriculture), and spent about four years on campus, after which I worked (yes, my job description was research scientist) for Australia’s national research body (CSIRO) in North Queensland. Our project’s area of expertise was pasture ecology – how the botanical composition of rangelands changes under influence of grazing pressure by animals (domesticated and otherwise). I have also seen the workings of various projects at the University of Queensland, James Cook University (Townsville campus), the Australian Museum and various other museums and research institutions. I’ve been to scientific conferences, heck, helped organise them.

So what does a scientist do?

The scruffy unworldly scientist myth
This cliche says that all scientists are somehow careless about their own appearance, detached from the world and a little weird. Yeah, right. Go into an average tea room at any university science department, and you’ll see: 1. people of all ages, 2. people of all races, 3. men and women, 4. few, if any, ‘mad scientist’ types. Honestly, these days working in science involves interacting with lots of people to obtain funding. You can’t do that if you have too much hair growing out of your ears, or if you’re dressed in a 1970’s brown corduroy suit.

The lab
All scientists work in a lab, right?
Actually, they don’t. I hardly ever did, since most of our work was outside, a lot of it fairly physical. Some lines of work do involve labs, sure, but…
Few scientists spend most of their days doing hands-on groundwork. By the time you can call yourself a research scientist, especially if you’re really successful, you’ll be spending your time communicating (going to conferences, giving lectures), writing up papers, meeting with potential funding bodies and the like. Most senior scientists regret having to leave the hands-on work behind, but it’s a necessity. It is their function to provide their project with money, kudos, people, and interesting opportunities. A scientist is not single unit. He/She has a team, sometimes shared between two or more scientists. The team are young university-educated assistants (with degrees in various subjects like lab techniques, computer techniques etc), as well as technicians (who do the organising and a lot of the physical work). A scientist often has students working at the project. These can be undergraduate, postgraduate (Masters or PhD), or postdoc. These are the people who collect and process most of the data and write most of the papers.

In other words: a research scientist doesn’t do lab work, and certainly doesn’t do any work alone.

Aha, but then the scientist must be rich
Yeah, and my name is Santa Claus.
Science is very poorly paid across the world. OK, a leading research scientist has a decent salary, and can afford to live in a decent suburb and have a new car, but being in science is a labour of love, and will never make you rich. Moreover, the type of person who chooses to be a scientist is generally not someone who is ostentatious in wealth. It’s a gross generalisation of course, but you’ll find most scientists fall within these parameters: driven, unassuming, neat but not fashion-conscious, even-tempered, ‘sensible’. They also tend to be non-smoking and non-religious.

All of them generalisations, but still better than the mad scientist, the rich, lone wolf scientist or the chain-smoking, swaggering scientist.