Watcher’s Web is one of the first novels I wrote. It went through many reincarnations before its current form. The story of Jessica, however, remained the same. I just ended up cutting a lot of the backstory for the final version. The event described in this original prologue has shaped much of Jessica’s life. 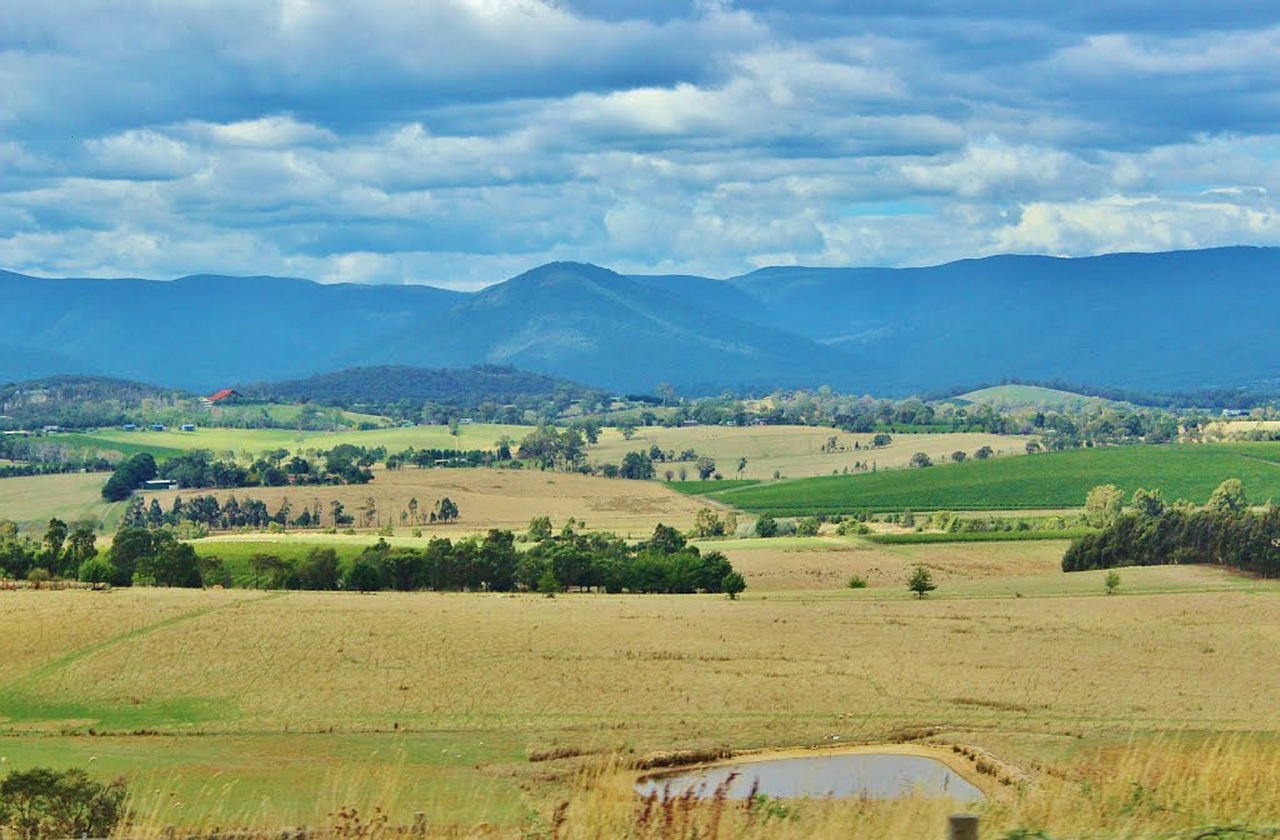 Jessica grew up in a fictional country town in New South Wales called Barrow Creek. The photo above shows the type of landscape in this area. The town itself does not exist, but would probably be comparable with Cowra or Forbes. A few thousand people, a single street of shops, a park, a pool, a pub, a river that’s dry most of the year. Her father was one of the town’s police officers.

What really happened with Stephen Fitzgerald?

Late that night, very late, Wendy Moore stumbled out the kitchen door, her excuse ‘I forgot to feed the chickens,’ still ringing in her ears. She tiptoed across the vegetable garden and undid the latch to the chicken run, her gaze on the frosted glass of the bathroom window. Her daughter, the beautiful girl the Lord had allowed them to take to their hearts when they could not have children themselves, had shut herself into the shower, her face puffy from crying.
Jessica’s tormented cries. ‘It wasn’t me, I didn’t do anything,’ still made her shiver.
And Paul’s stern voice had replied, ‘Yes, I understand, Jessica, and I believe you, but you do understand that this will need to be investigated?’
When both of them could no longer stand to listen to Jessica’s cries, David had taken Wendy aside on the veranda of the police station. His face had been grave when he said, ‘There will be a post-mortem. We can’t make any assumptions until we have the results of that.’ But his eyes looked desperate as if they were asking for all the help she could give.
Which Wendy could.
She opened the door and stepped onto the straw. David was right. Of course there was no point feeding the chickens at this time of the night. They sat in their straw boxes, heads tucked under wings. Besides, the bowl of grain was still half-full.
She dug in the pocket of her cardigan and took out something small and flat that fitted in the palm of her hand. Something she had collected from the back of the laundry cupboard, where it had lain hidden for many years. Please use it only in an emergency – the man had told her. She still remembered his young and sincere face. Black-eyed, with black curls which tumbled unruly around his head, his face pale and still without hair. Yes, he looked enough like Jessica to be her biological uncle. Well, this was an emergency, wasn’t it? Wendy’s trembling fingers turned the ring on the surface of the disk as he had shown her all those years ago, and pressed a button. In a window in the centre of the disk, a weak light flashed, once, twice, three times, then it issued a bright flash.
All around her, chickens stirred and clucked.
‘Shh, it’s alright.’ Wendy slid the disk back in her pocket.

And far away, much further than Wendy would have thought possible, a young man rose from a chair. He shoved aside the lighted screen before him and looked around the barren meeting room, where silence had fallen at the sound of the alarm in his pocket. All gazes were on him. Questioning, annoyed.
He ignored them. ‘I’m sorry. You’ll have to continue without me. Something’s come up.’