Home Science How many people are needed for a space colony?

How many people are needed for a space colony? 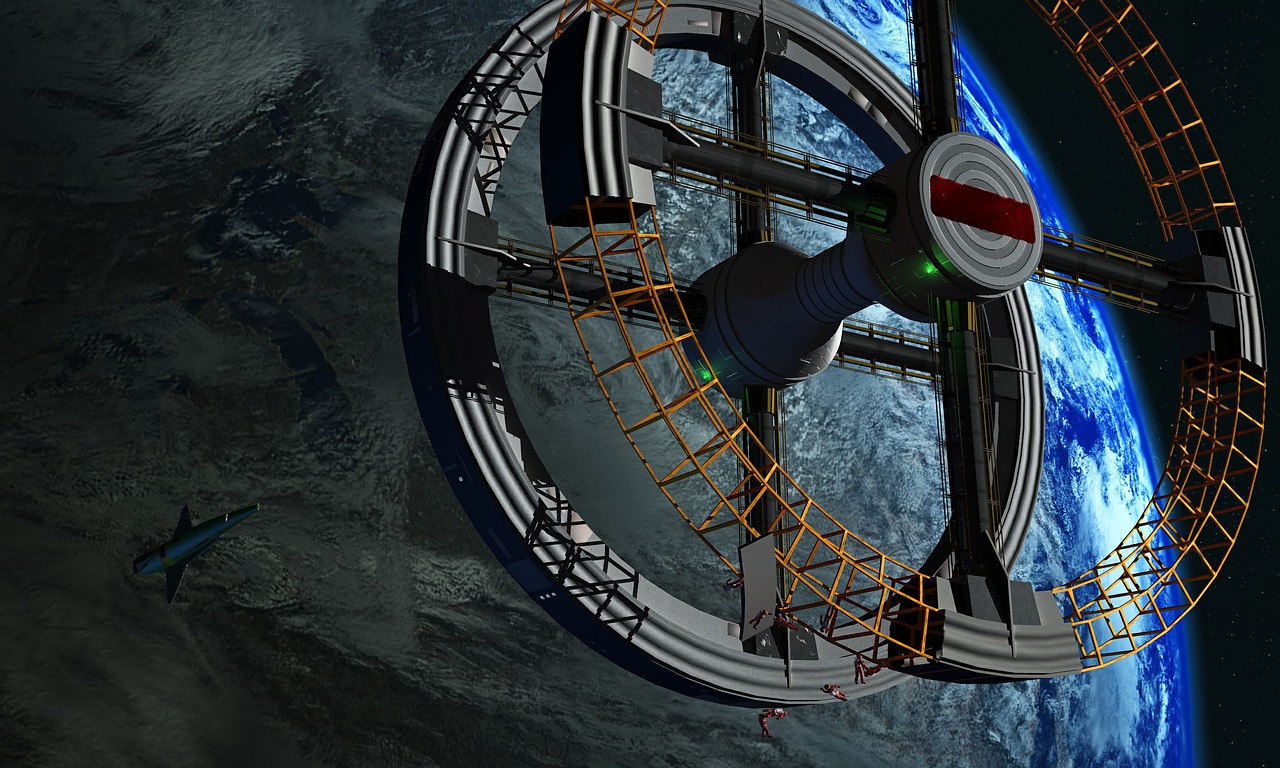 Shifting Reality is set in a space station orbiting Epsilon Eridani b. The planet, which my characters call Sarasvati, is a gas giant which I have given rings, and the station’s main industry is the harvest of ice from these rings for the production of water, oxygen and fuel. The station is one of four human settlements in the solar system, three of them mining stations. These four settlements survive as independent communities, if not entirely from each other, then certainly from Earth, 10.5 lightyears away.

All of which raises the question: just how big does a community need to be to be truly independent, while maintaining the standard of living we’re accustomed to?

Let us take a few steps back and ask a question that will probably sound stupid, and variations of which make up many jokes: how many people does it take to change a lighbulb.

Anyway, the point is, changing a lightbulb is an extremely easy task.

Think of all the assumptions underlying the word lightbulb: that we know what it is, what it does and how it works. That there is a reliable supply of electricity. That there is a company that makes ladders. That we have a house that has a ceiling for a lightbulb to hang on.

There’s the manufacturing: the glass, the metal, the factory that puts it together and puts it in a box. There is the mining. There is the power stations and the industry associated with making them work (coal mining, hydro-power and dams, wind farms, whatever). None of those industries will work without buildings or other places to house them. People make these buildings. Those places need to be cleaned and maintained and you need people to do this. None of those companies can survive for very long without an influx of new workers, so there are places for the new generation to be trained. Looking further into the future, each of those companies needs to make provisions to allow their workers to look after the very young. None of any of these people do well without food, so there are the people who cook, and they, or course will need something to cook, so you need agriculture, after all those people have used transport to get to their work, and would like to flush the toilet after they’re done, and would also very much like to buy all the items they need in a shop. And doing all of this naked could get rather embarrassing, not to mention cold. I have not yet mentioned the internet, or medical care.

By the time the insignificant light bulb is screwed into its insignificant fitting, many people have made contributions to it. Yes, many of those contributions are exceeding fleeting, but in terms of our question–how many people would a truly independent human colony need–by no means insignificant. All those things need to work and need to be in place before someone can climb up the ladder and change that lightbulb.

Medieval humans spent a hideous amount of time simply surviving: chopping the wood, hunting the game, toiling in the fields. They might have been smart, but only the very rich ones had the time to do something with it, by buying labour to do their domestic work. When technology lifted, the growing of food was one of the first things to be large-scale outsourced to other parts of the population. Ditto with the building of houses, the very basic level of health care, the making of clothes, the raising of farm stock. Then: transport. Many people who first bought cars still did a lot of their maintenance themselves. The cars, of course, were manufactured, but these days very few people maintain their own cars. Your car might even need a computer technician. The making of clothes has gone the same way. Of course none of us, barring people in remote areas, ever produced our own electricity or looked after our own water and sewerage.

Each time living standards jump, we add an extra level of service, with associated necessary people to maintain it. If you are astonished by how many people’s efforts have touched the humble light bulb, you will be blown away by the number of people who have breathed over the space program.

I wanted to know what the web says about minimum population requirements, and if you google “how many people are needed for a space colony” the number that’s most quoted is ten thousand. I haven’t discovered the source of this number. Will quote it here when I find it.

Ten thousand is a large-ish village. My husband’s family lives in a town roughly that size. It’s very agricultural, so food isn’t a problem. There is a council that maintains roads and sewerage. But no one makes washing machines. And if someone is sick, you have to go to the hospital in the city. There is also no high school, and I’m not even speaking about a university.

Picturing that village with the people in it, it is my guess that if the rest of the world disappeared, they’d survive fine, but it would be accompanied by a very sharp drop in living standards.

Yeah, yeah, I can hear the protests. You train the people. And they multi-skill. Yep. Sure. And the people starting the colony could decide to only include smart people, and not take loafers, and expect everyone to put in their very best effort. But you know what? That will only work for so long. Loafers, disagreers and political stirrers are born. We’re in space 10 lightyears from Earth. What are you going to do? Execute them? And the last time a society as a whole tried to give everyone jobs and be hyper efficient, we called it communism. Ain’t gonna work.

What is more, society needs a fairly large proportion of people who are happy to just consume stuff. A lot of the above services will only work well at large scale. Ten thousand might be a nice number for a seeder population or might be a genetically justified number (it gets quoted in this respect), but it’s not a long-term viable population.

Approaching the problem from the other side, and forgive the macabre-ness of the following: if a quarter of the world population disappeared overnight, would our standard of living drop?

Yeah, yeah, I hear you, it depends on which ones. You could argue bluntly that the world could well do without the poorest people, but don’t go telling me that the rest of the people could just go on living as before. For one, who made that shirt you’re wearing?

A quarter isn’t that much, so what about if half the world population vanished, and let’s be fair and distribute the vanishing evenly over the entire population. Three and a half billion people, and you’d miss half the people who normally share your table at dinner. Don’t tell me worldwide standard of living wouldn’t be affected.

OK, still, it’s a matter of choosing the right people, and training. But, in order to have the same standard of living, those supposed ten thousand colonists will need the same access to extremely specialist medical care that we have. We have this care because people are allowed to specialise–because they outsource everything else. Forcing fewer people to do the same work means unspecialising them. A jack-of-all-trades will not do the same job as a specialist. End of story.

But, you can automate tasks.

Yes, and each level of technology you jump will require more dedicated specialists to maintain it. Dog, meet tail.

You need more than ten thousand. Substantially more. You need something the size of a decent city, just to maintain our current western standard of living.

Oh, I forgot, we expect these folk to maintain an interstellar space service as well…