Dust & Rain is book 2 in the Icefire Trilogy series 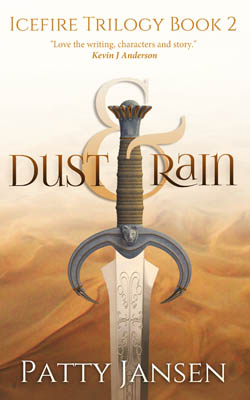 “Definitely a good read. I like the real life of politics mixed with the fantasy and magic.–Google reviewer”

Buy Dust & Rain direct from the author with delivery by Bookfunnel