View cart “Ambassador 1A: The Sahara Conspiracy” has been added to your cart.

Of all the things ten-year-old Cory Wilson expects to do when he moves to Midway Space Station, saving aliens from humans isn't one. An important conference is about to start at the station, not usually the sort of thing kids care about, not even when the conference is between humans and aliens, and half your family is alien. However, when bullies tease Cory, he ends up in a prohibited area where he overhears some men planning to plant a bomb at the conference. Because the terrorists hide their messages in computer games, no one believes Cory, not even his father, the station director. Kids at school think he’s crazy, some even think aliens should be bombed. The conference starts, the aliens have brought a very important person, and Cory's teacher, one of the terrorists, locks Cory in the classroom. Can he get out in time? If he does, will anyone listen? 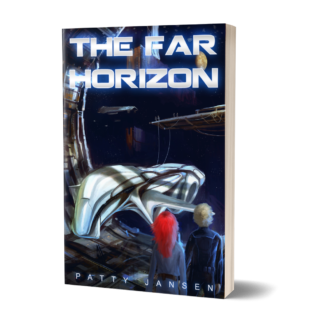