View cart “Shifting Infinity” has been added to your cart.

Melati escaped New Jakarta space station when it fell into Allion's hands. Her family was left behind the enemy lines. She signed up for active duty with the International Space Force in the hope they would liberate the station. 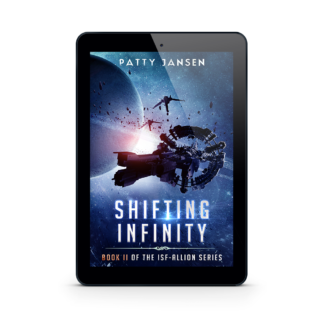