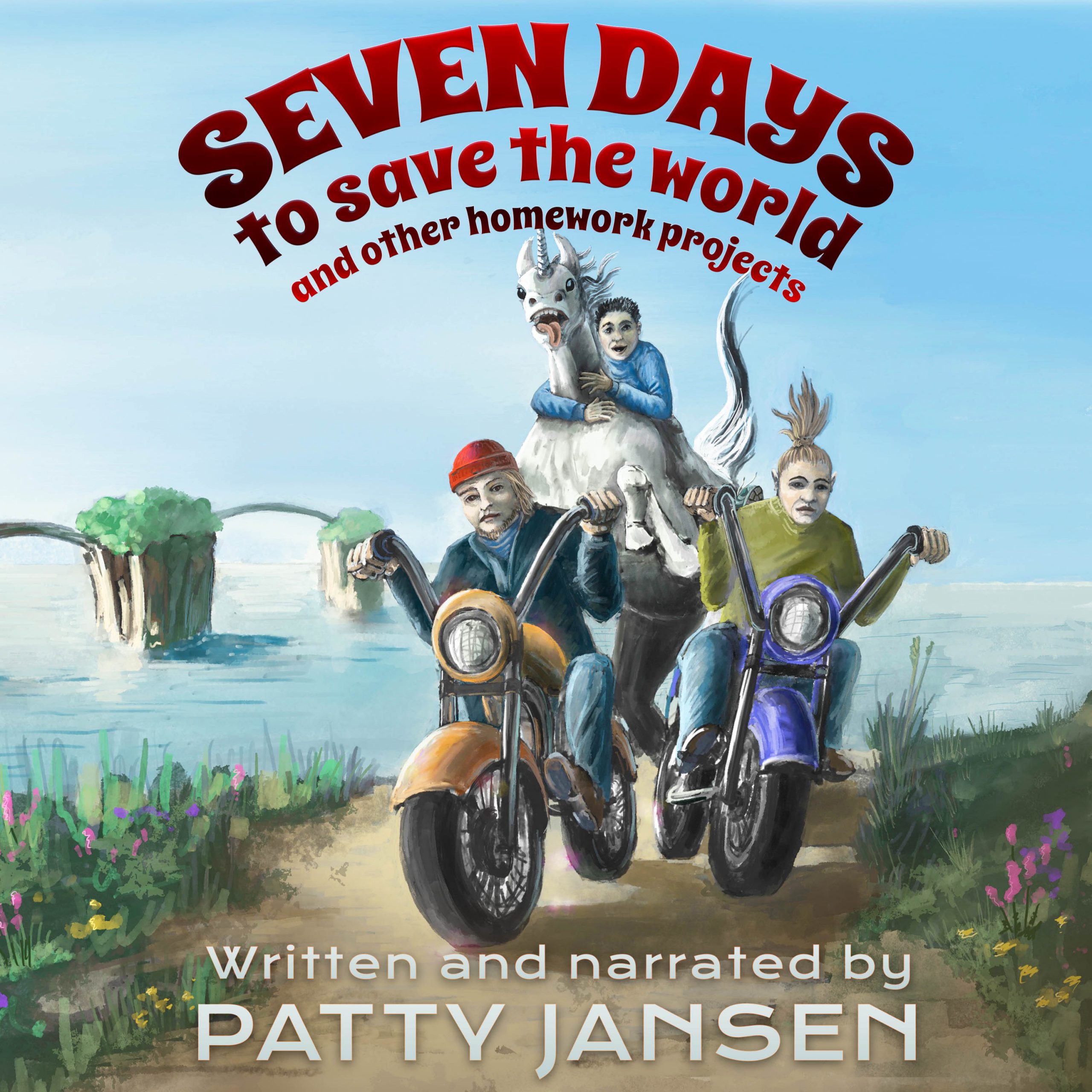 Seven Days To Save The World Audio

One day when bullied Florian comes home from school, he finds a visitor in the caravan where he lives with his father.

The woman, who looks older than time, tells him that his father is king of Celestia and has seven days to renew the spell of protection over the land.

But his father has no interest in going back.

So Florian finds himself with a crown on his head, having to complete a task he has no idea how to do, on the way across the sea-bridge to Celestia.

He has some companions: his father three motorcycle-riding friends who insist they’re elves, and his father’s horse, which is a unicorn in disguise.

The problem is that the elves haven’t been to Celestia for a long time either, and the horse has always hated Florian.

An extra problem is that the unofficial queen of Celestia, Florian’s mother, doesn’t want him back. She is under the control of powerful magical spirits.

Did I say Florian knows nothing about Celestia or about magic? And he has only seven days?

“Who are you? How come you know me?” He wanted to ask What are you? but he thought that might be rude.

“Aurelius, please explain to the boy…”

Father brought his hand on the table with a crash. “I won’t go back, and that’s the end of it.”

Florian grasped his chance. “Back where?”

After a long and uncomfortable silence, Meva said, “To the realm of Celestia.” She straightened her back, her eyes burning. “I can’t believe you haven’t told the boy—“

Father hit the table again so hard that the cups danced over the surface. “I’ve told you! We’re finished with Celestia.”

“You’re not, and I won’t let you off that easily. You are still their legal king.”

Florian glanced from one to the other, his cheeks burning. Did she really say his father was a king of some place?

“They don’t want me. They never wanted me. I was never brave or heroic enough. They adored Daisy, oh, they did, so they can have Daisy.”

“Daisy? My mother is called Daisy?”

His father glared at him as if about to tell him to keep his mouth shut, but Meva smiled. “The very one. Queen Daisy of Celestia.” Then she cast his father a sharp look. “You really haven’t told him anything, have you?”

“There is nothing to tell. He’s growing up like a normal boy.” 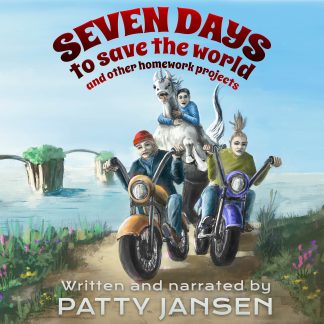 You're viewing: Seven Days To Save The World Audio $18.35
Add to cart