King Orik of Arania seems hell-bent on destroying the two neighbouring countries that have poked fun at Arania for over forty years.

No one is watching the skies. No one is tallying up the disasters. No one is searching for the source of icefire, even though it will kill the whole world if left unchecked. 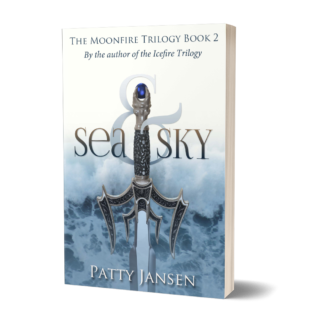