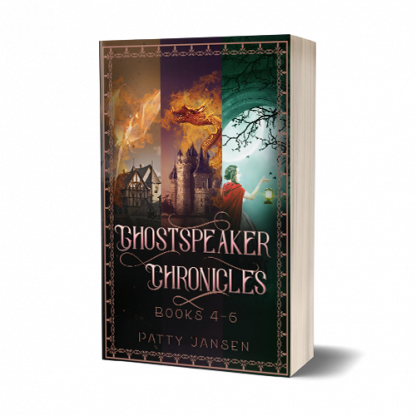 Books 4-6 of the Ghostspeaker Chronicles.

Johanna and her band of strange companions have fled the influence of the Red Baron and return to Saardam.In the months that they have been gone, the Fire Wizard has laid waste to the city and any surviving citizens, including Johanna’s father, live in fear for their lives.

To fight an evil wizard without magic is dangerous to say the least, but then Johanna learns why the Fire Wizard came to the city in the first place.

An eastern trader comes into the port city with an iron ship that needs no sails and no animals to pull it. Every ruler or noble who fancies himself a ruler in Saardam or the neighbouring countries wants to get his hands on this magical ship, and many of them don’t care how much blood they spill.

With her overnight trip to the farm of the Guentherite order, she had barely slept the previous night, and after their frantic escape from Florisheim, both the Lady Sara and the Prosperity had settled into a steady drift down the swollen river. There had been little for the refugees to do except rest.

Until now, that was.

Because clearly some disaster had happened recently, maybe as recently as last night, judging by the churned earth and the splintered stumps of wood that were still smouldering.

The jumble of broken and shattered buildings stretched over most of the lower part of the sloping riverbank on the left hand side. A stately house surrounded by vineyards at the top of the hill remained untouched, but every other structure closer to the river was reduced to a pile of smoking rubble. 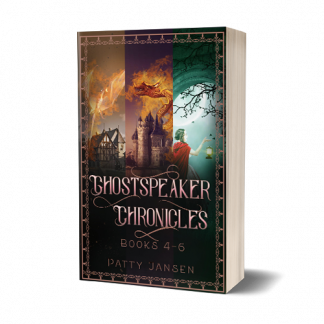