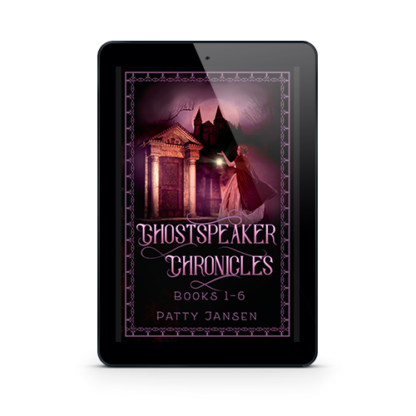 The complete series omnibus of the Ghostspeaker Chronicles (For Queen And Counrty). In EPUB or MOBI format, delivered by Bookfunnel.

As daughter of a river trader in the kingdom of Saarland, Johanna doesn't want to marry or do “ladies' things”, she wants to take over her father's business.

The choice is not hers to make. The kingdom is in trouble. The crown princess has died and the king's only other child, prince Roald, is unfit to reign, even if no one knows why. In his despair the king has given a lot of money to the church of the Triune and plunged the kingdom deep into debt.

Johanna's father has money. He has a daughter. Johanna agrees to a dance with the prince.
No, she does not fall in love–far from it, but love is the least she needs to worry about. First, she has to deal with betrayal, ghosts, fire demons, wizards and necromancers. 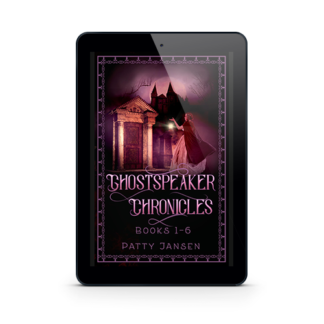