View cart “Ambassador 7: The Last Frontier” has been added to your cart. 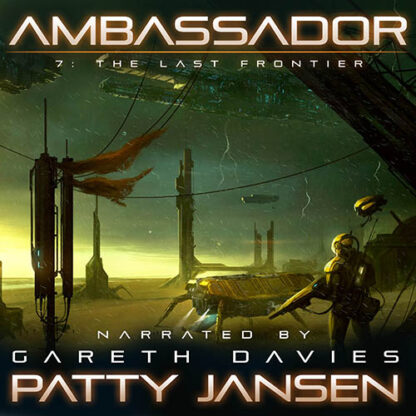 Ambassador 7: The Last Frontier audio version is the seventh book in the Ambassador series by Patty Jansen.

After attending the court case, Cory and his team have taken some time off. They’re visiting Cory’s father on the farm in New Zealand.

A mysterious visitor with a mysterious requests leads to the discovery that their communication has been blocked, and the quiet world hasn’t been so quiet at all.

Someone is manipulating the world’s communication.

Cory decides to dive into the epicentre of the problem, and accepts an invitation to speak with the leader of the Pretoria Cartel, a mining magnate by the name of Minke Kluysters, whose property, a game park in South Africa, holds deep and disturbing secrets about the activities of his company.

Get the Ambassador 7: The Last Frontier audio book today. 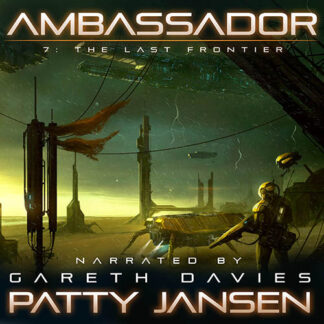 You're viewing: Ambassador 7: The Last Frontier Audio $16.49
Add to cart