Ambassador 3: Changing Fate print version is the third book in the Ambassador series.

In this book, the story will take a slightly different path, while still building on the story in the previous volume.

At the end of the previous book, we have seen that the Exchange outage was caused by a mysterious ship and that it is likely to be the ship that vanished many years ago when Asto was hit by a meteorite. Is anyone on board? Can they communicate? What do they want?

These are questions Cory must solve against the backdrop of ever increasing chaos in the general assembly. Accusations and counter-accusations are flying thick. If the ship is Aghyrian, as it appears to be, do present-day Aghyrians have a valid claim to communicating with the occupants?

Or have the occupants cleverly orchestrated this chaos purely to divide the assembly to ensure it doesn’t pass measures against the approaching ship?

And what is Asto’s secretive military doing?

Each book is a complete story, but you will enjoy the series much more if you start with the first book. 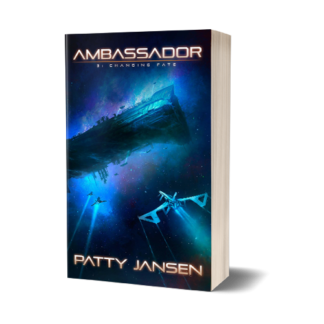