View cart “Watcher’s Web (Return of the Aghyrians Book 1)” has been added to your cart.

Ambassador 1A: The Sahara Conspiracy

Cory Wilson is woken in the middle of the night with a summons to appear in the president of Nations of Earth’s office. An aid worker in Djibouti has discovered a shipment of alien guns.

As ambassador to gamra, the extraterrestrial organisation which controls the Exchange, the FTL wormhole network, Cory has often been critical of Earth’s handling of extraterrestrial problems. This is his moment to shine, to apply his knowledge about alien customs, to, in the words of the president, “get those idiots out of there”.

Except the usual suspects, the Zhori mafia who have caused trouble on Earth for a long time, are nowhere to be seen. This is something far more dangerous, something that involves all of northern Africa, something that provokes the anger of Asto, gamra’s largest world. Asto’s army is already prowling in orbit, ready to strike. 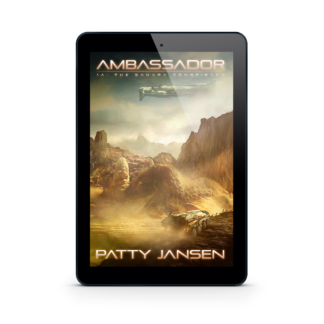 You're viewing: Ambassador 1A: The Sahara Conspiracy $4.99
Add to cart