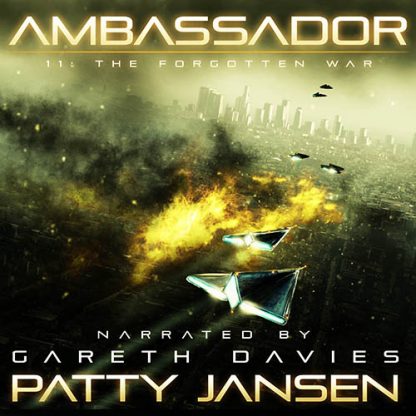 Ambassador 11: The Forgotten War audio version is book 11 in the Ambassador series.

In this book, the second in this story arc, Cory investigates the origin of the old ship he and his team found in the forest in Barresh.

In 2123, North America is not an easy place to visit. Years of unrest and isolation from the rest of the world have taken their toll.

Their official excuse to visit the area is that Cory is repaying a favour to the Azimi clan by way of taking a young boy on the trip of a lifetime. But of course going to the historic theme parks is only a smoke screen. Cory and a few of his trusted assistants manage to sneak across the border deep into America Free State, where he wants to look at an abandoned factory.

When they’re at this place, all hell breaks loose. At first, the team members have no idea what’s going on, and their priority is to get out alive, but then it becomes clear that not only have North American cities been attacked by drones, but the authorities blame gamra.

It’s up to Cory to get to the bottom of this accusation, but in this hostile place, few people are willing to listen to him.

Get the Ambassador 11: The Forgotten War audio book today! 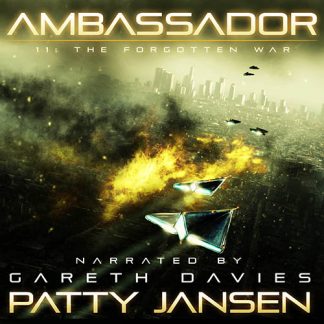